We're sounding the alarm for COPD.

30 million Americans have COPD, HALF DON'T YET KNOW IT.

With the COVID-19 pandemic, people with COPD (chronic obstructive pulmonary disease) are even more vulnerable. They need to be found, protected, and vaccinated.

What’s more, research for this devastating disease has been vastly underfunded. Even though it’s the #3 killer among chronic diseases, it’s 176th in federal funding, meaning only pennies are being spent on every person with COPD.* Pennies—to find new treatments and a cure for a disease that impacts millions.

People with COPD have been overlooked and underfunded for too long. That ends today.

Let's find the missing millions with COPD and get them vaccinated against COVID-19. And then let's start getting COPD the funding it deserves.

know your risk HEAR THEIR STORIES 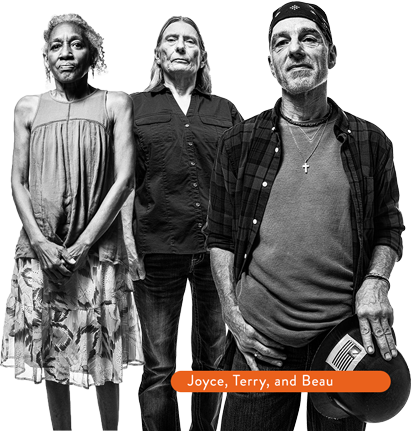 IN THE MIDST OF ONE CRISIS, WE'VE OVERLOOKED ANOTHER.

We know we face a crisis with COVID-19. We’ve been fighting hard. But along the way, we’ve lost sight of a crisis within this one: millions with COPD, a life-threatening lung disease, are being left undiagnosed and unprotected.

Most people know COPD by other names—like emphysema or chronic bronchitis. It's a chronic lung condition that gets worse with time, and makes those who suffer from it feel like they can never catch their breath.

By the time many people receive a COPD diagnosis, they've already lost nearly half of their lung capacity. That's why early diagnosis is critical.

But there's hope. With early detection, treatment, and research, lives can be improved. 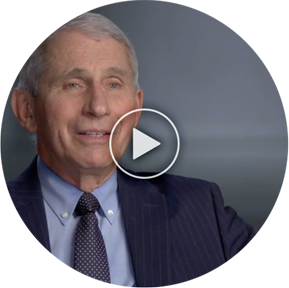 "All of those are underlying, what we call 'comorbidities,' that make it much more difficult for someone to be able to handle an infection that can take off and replicate and get into your lungs or other organ systems. The one that's probably the clearest, one of the clearest, is chronic obstructive pulmonary disease."

Director of the U.S. National Institute of Allergy and Infectious Diseases

In a study of 3703 patients within a large New York City health system, people with COPD who tested positive for COVID-19 had:

increased odds of being
hospitalized due to COVID-19†

In a separate study of 7592 patients within the Mount Sinai Health System in New York City, people with COPD who tested positive for COVID-19 had:

increased odds of
dying due to COVID-19‡

COVID-19 is leaving our loved ones with COPD exposed. But that's nothing new.

The millions with copd we're leaving behind

THE ONLY THING WORSE THAN BEING A TARGET FOR COVID-19, IS NOT KNOWING THAT YOU’RE ONE.

30 million Americans have COPD, which means we all know someone with this disease. They're our mothers, fathers, friends, and neighbors. Our truck drivers, teachers, athletes, and artists. They're from small towns in West Virginia and big cities like New York. They're people, Americans, just like us.

Some got it from smoking. Others from where they worked or lived. Some never touched a cigarette a day in their life. And far too many—approximately 15 million—don’t even know that they have COPD.

But they all share one thing in common. They're fighting this devastating disease while fighting for their breath.

The millions with copd we're leaving behind

No two stories are the same. But every single person deserves a fighting chance.

It's time we listened to the missing millions. Hear from these remarkable men and women, recognize their symptoms, and identify COPD in yourself or a loved one. The earlier we diagnose COPD, the sooner we can take action against it. 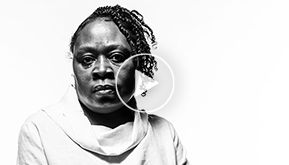 Renee never smoked, but she was around secondhand smoke for many years. A lifelong asthma sufferer, she felt her breathing starting to worsen after Hurricane Katrina. Not long after, she was diagnosed with COPD and began treatment. Renee is dedicated to continuing the pulmonary exercises she’s learned—and she continues to stay hopeful. 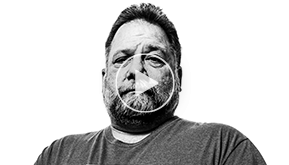 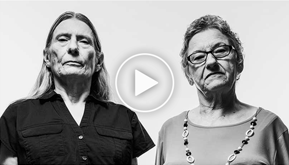 Terry and Sandy are both longtime smokers; Terry was the first to be diagnosed with COPD. When she found pulmonary rehabilitation, she was able to get her life and health back on track. 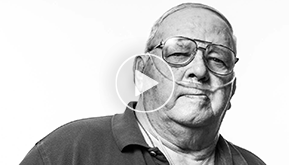 For 35 years, Darrell worked at a bronze plant. With limited job options, he dedicated decades of his life there to provide for his family. Breathing in dust and particles daily. Even worse, Darrell is just one of many. Approximately 25% of people with COPD can trace their disease back to unhealthy working conditions. 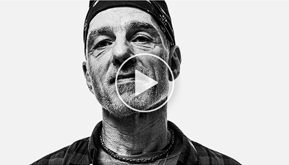 Beau is a former carpenter who used his skills on 9/11 at Ground Zero to help keep other responders safe from surrounding debris. 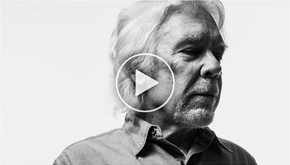 Jim is a recently retired artist and musician. He’s never touched a cigarette—attributing his COPD to the asbestos-containing adhesives and glues that were essential for his work. 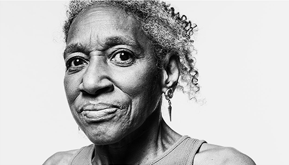 For much of her life, Joyce lived with loved ones who smoked. After being diagnosed with COPD, she spent some time at a pulmonary rehabilitation center in New Orleans. She credits the skills she learned at the center for playing a major role in helping keep her COPD under control. 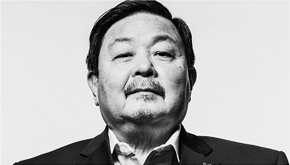 Now a retired military supply officer, Greg began to smoke during the more stressful moments in his time in the service. Once he was diagnosed with COPD, Greg quit smoking and started to focus on treatments and exercises that would help strengthen his lungs.

When the towers came down on 9/11, these men and women stepped up. First responders, firefighters, police, EMS, civilians. They didn't worry about what they were breathing in. Only about saving lives.

Help us save the lives of those who risked it all. The thousands who have since been diagnosed with COPD. 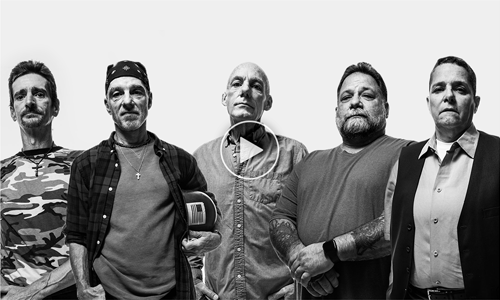 Our government allocates mere pennies per person for COPD research each year. Pennies—to fight a disease that kills three times as many Americans every year than the number of US soldiers killed in the wars in Korea, Vietnam, Afghanistan, and Iraq combined.

Right now, someone you know has COPD. So why does the #3 killer among chronic diseases rank 176th in federal funding? With more funding and a greater focus on treatments, respiratory therapies, education, and ultimately, a cure, we can create hope for people living with this disease. 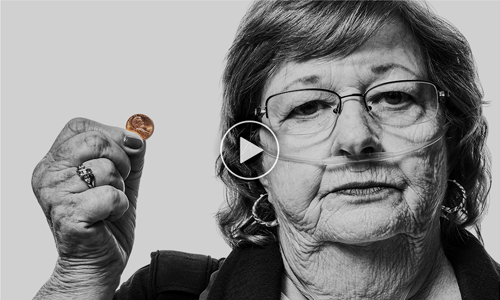 Help us find the missing millions with COPD and get them vaccinated against COVID-19.

We're doing our best to protect our loved ones from COVID-19. But if someone you love has COPD and doesn't know it, they're at an even greater risk for complications.

There's every reason to remain hopeful. Because the sooner we diagnose, vaccinate, treat, and rehabilitate those with COPD, the better for all. It's time we put our SOS into action.

Complete this 8-question self-assessment or send this link to a loved one who may be showing signs of COPD.

Just click on the box below, scroll down, and answer each question to the best of your ability. When you are finished with all 8 questions, please click "DONE."

Create your own user feedback survey

Share this site, so we can work together to find the millions who have COPD but don't yet know it.

Help us bring nationwide attention to the community ignored, so they can receive the research funding that they deserve.

Be on the lookout for additional resources, interviews, and tips from medical experts and patients with COPD.